The Confucius class of the Belarusian State University of Physical Education (BSUPC) has been awarded the title of Confucius Institute. An appropriate document was signed during the international conference, which took place in the Chinese city of Changsha.

The signing ceremony was attended by the representatives of the Lingnan Normal University (LNU), led by vice president Lian Yanzhe. 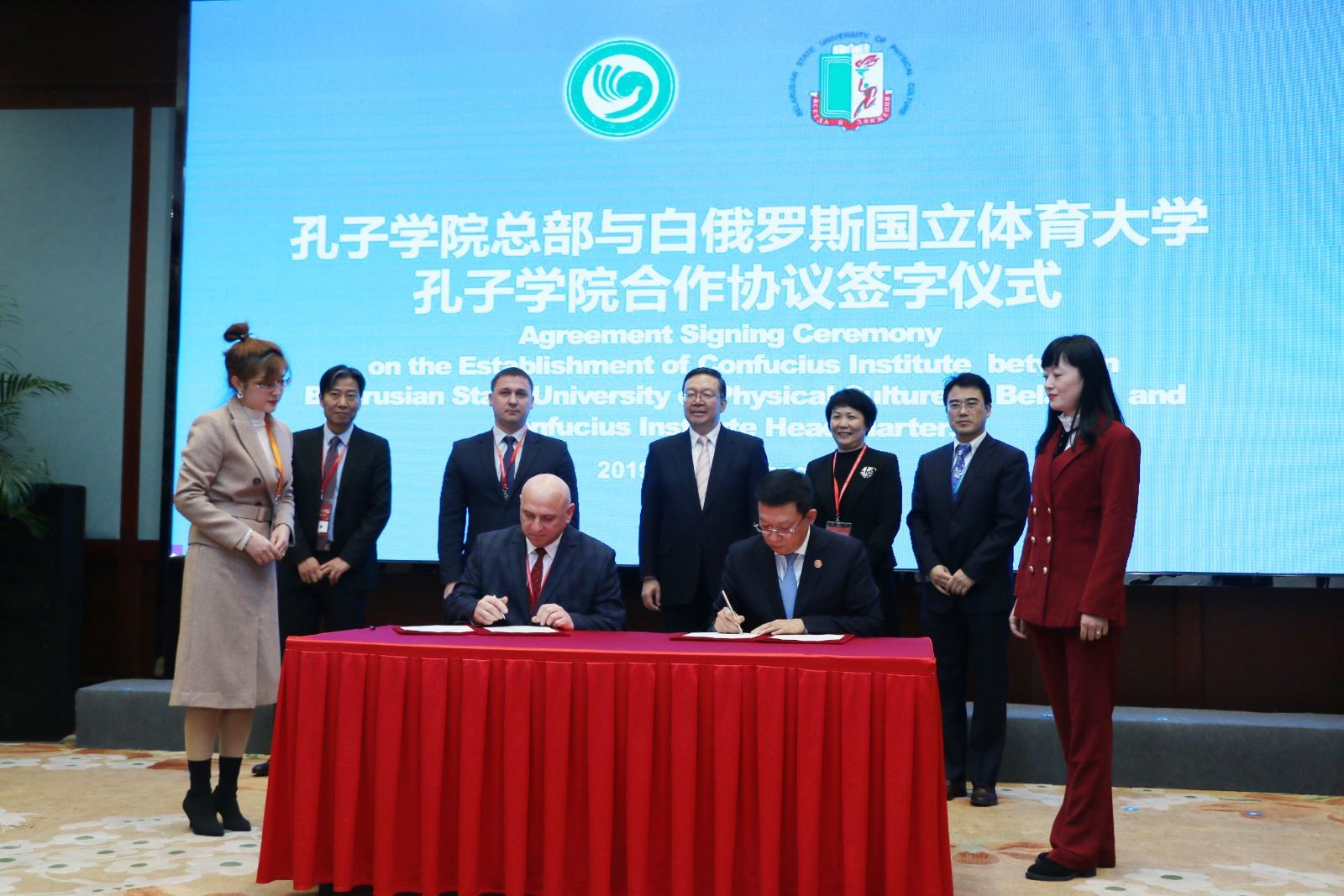 The BSUPC Confucius classroom is a joint educational project of BSUPC and LNU universities. It was established in November, 2015 with the support of the Ministry of Education, the Sports and Tourism Ministry of the Republic of Belarus and the Confucius Institutes Headquarters in order to study the Chinese culture and language, to foster and strengthen relations between two countries in the field of training highly qualified professionals. 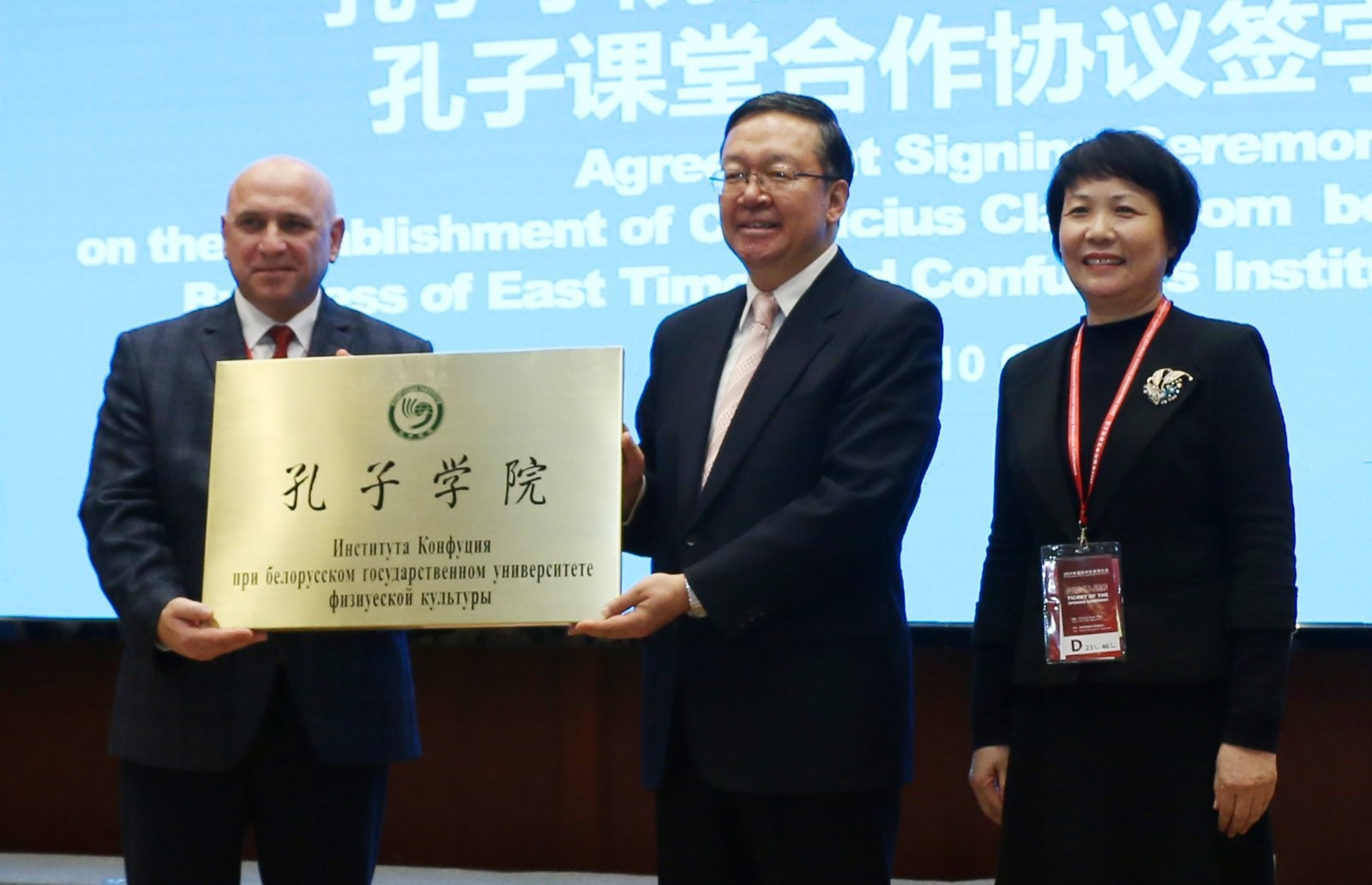 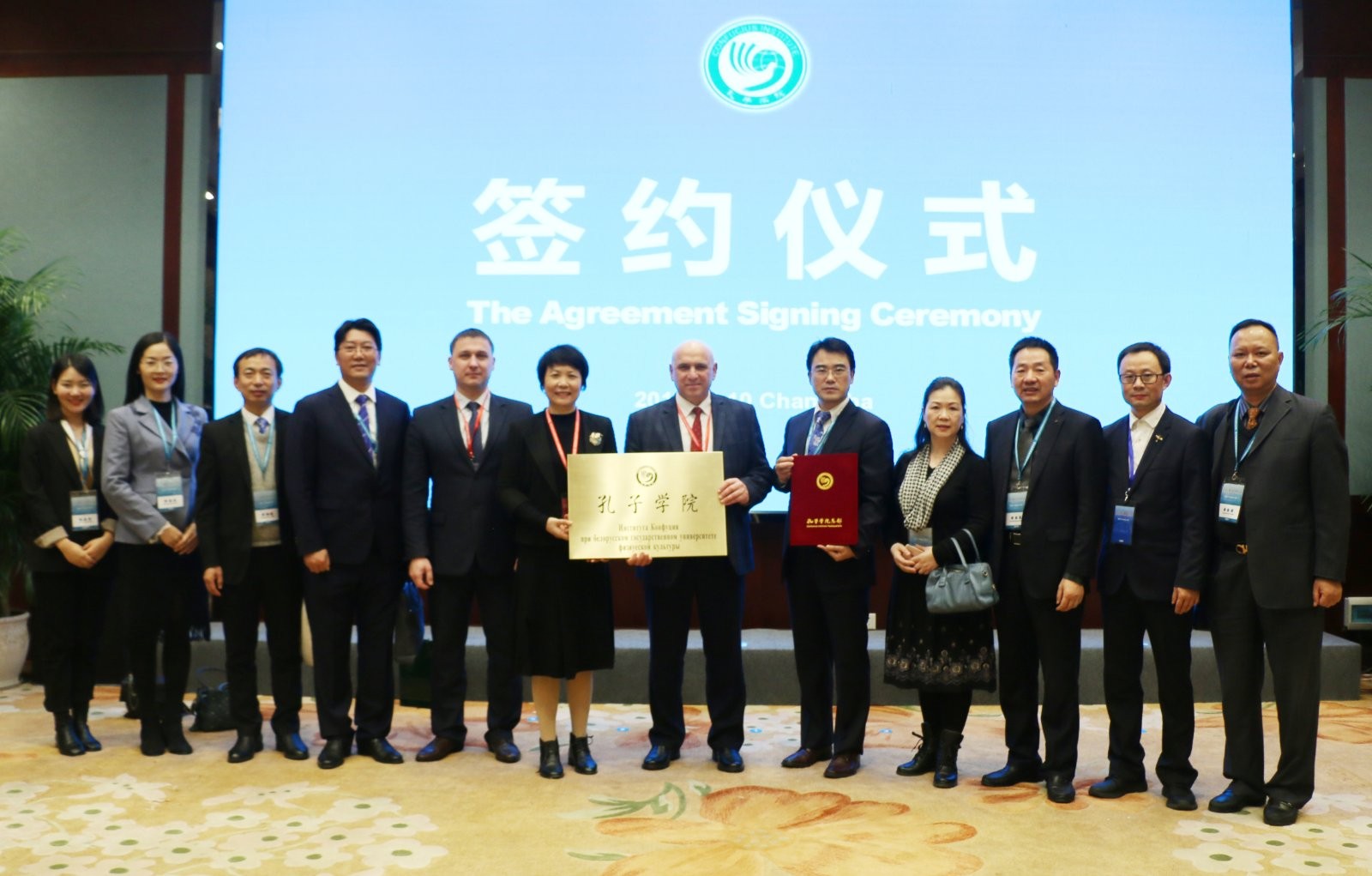 For special contribution to the development of cultural exchange among the strengthening of partnership relations between people of different countries in 2018, Confucius Class BSUPC has been awarded the title «Best Confucius Classroom of the Year 2018». The prize was awarded by the Headquarter of Confucius Institutes.

Information about this event in Chinese mass media.